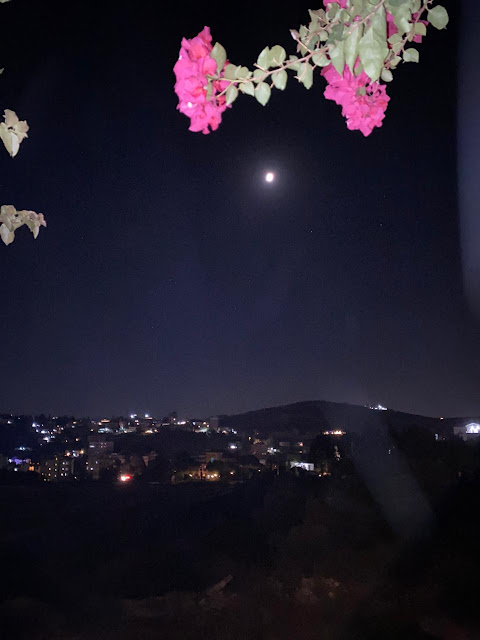 The resemblance between me and her is the initial evidence which the enemy is trying to destroy and falsify.But who can silence a pounding heart who dreams of running at Hamra street?

Who can silence the voice that cries out from the depth of the roots of the southern Lebanon's strong affiliation to the true freedom and dignity?

Who can falsify what is real?
Who can distort what is in harmony with the origin?
Who can isolate the light from the sun?
Who can change on what God has perpetuated?
The similarity reflects the Eternity
The similarity confirms the news about the amazing future that awaits reunification.
We all five have both good and less good qualities.
Open to others
Sensitive with real compassion
Generous without borders
Creative in many ways
Consistent as death
Gentle and humble
Helpful
Naive when we think plenty of those who are opportunists
Credulous rather than prejudiced.
Dark forces divided us the Five stars into a dark night.
These forces thought they might distort the colors of the rainbow.
They succeeded for a second, but they have totally failed in making the white to black, and paint the true originals to a fake ghost for those who are like him.


I've sent my letters with carrier pigeons in a holy mission.
I have given the secret names of the four stars that are trapped behind the high walls of darkness.
I'm waiting for my carrier pigeons to return along with the splendor of the four stars faces that shine my heart day and night.
I know that when they read my letters, they´ve received from the pigeons, they´ll reflect themselves in these true mirroring descriptions out of their roots and belongings, and they will get the power to tear apart the Gauls on their cell.

The similarity and authenticity between us is as strong as the authenticity of God's unconditional love for people, and the deeds which translates it into practice. Such similarities Not even death can change.
Remember what Jesus has said once!
Whoever has seen me, has seen the Father.


Whoever has seen my kids, has seen me in person!/ Alain Safa