I did it my way( New book in process ) 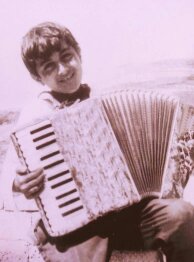 Nothing like imagination and birds can fly around without passports and visa.
There is no power like the power of imagination that can totally free us from captivity, and at the same time, there is no power that can hijack us   mentally from our reality like our imagination, depend on how we activate it, and what has an impact on it.
What makes me write a book about limitlessness is the new situation in our global village which we thought that it was an open society, but it seems that new borders are about to be built with walls of different types and sizes. People around the World are in desperate need for a source of inspiration that make it possible for them to regain what they've lost.
When I was a little boy, I lived in the middle-east in a little village in south Lebanon in a poor family. We were always in short of money, short of cloth without even having t-shirts and shorts, short of security and above all, we had a sick mother and a jobless father.
You may wonder, what had helped me to become the man I am now?
What had helped me at that time when I was a hungry and frozen little boy?
I might surprise you as I was personally surprised when I reflected back on my life, trying to decode the code of my survival and the reason of my endless happiness and self-confidence.
My Imagination was the richest part of my life. I was in the state of mind that moved me from my miserable life to totally different reality.
I saw with my imagination what is there beyond my reality. I saw and I believed on what I could become. I had stronger faith on what was invisible. My faith was as strong as the one Jesus said that it can move a mountain.
I found freedom and Peace, but without my imagination it wouldn't be possible to even survive the daily struggle of a boy whose mother is mental ill, and his father is jobless, living in a little village with mental, physical and economical disasters.
Freedom and peace are two fundamental needs that cannot be bought with money. These two things are the cornerstone for every person that strives to have a happy Life.
Freedom and peace have many enemies, and in political terms, freedom and peace used to be mentioned with the Peace and security terms.
Without freedom, it is difficult to love someone, since we cannot love ourselves if we feel that we are not free.
Without freedom it is difficult to build trust, and it is almost impossible to create a culture of tolerance and acceptance.
Without peace, it is impossible to focus on the right things, or to do the right things. Peace starts with our inner peace, and it is so vital to regain control over our lives.
But what if we neither have the freedom to speak freely, nor the freedom to travel, to believe, or to not believe, to marry whom we love, to live where we want, to work with what we’re passionate with, to get the education we want?
How much freedom and peace we have if we lack of money, we lack of work, we lack of housing, we lack of food?
My book is about unleashing our imagination to the extent of limitlessness. I want you to allow your imagination to go wild. To create scenarios that makes you laugh and smile. To have more fun, thinking and using awesome words. I want you to be the designer of your own happiness.
My aim is to bring to the light the possibilities and the difficulties that our imagination might create for us as individuals and societies.
I invite you to spend some time each day in my daydreaming daycare. Let the childish you regain the richness of the imagination you had one day.
Revive your imagination, and let it show you the way.
Don't accept to be a passive passenger following the mainstream day after day.
Create your own Philosophy. Paint your own colors in your own way.
Sing your song, and be proud of what you sing and what you say.
Be your own Frank Sinatra. Do it your own way !